Have you ever stumbled across a piece of music that moved you powerfully and profoundly, that it just stopped down everything in your world and you just sat and listened to it?

This piece did that to me yesterday.

When I write, I often put on the YouTube channel for Akademia Filmu i Telewizji, which is a music academy in Poland that produces some truly phenomenal classical musicians from the young men and women who go there.  They have a great many videos of the students in different classes and different seasons performing various classical pieces.  The music is top notch and it is such a joy watching these young men and women perform so beautifully.

This is what I was doing yesterday, and this piece came up randomly at some point.  I was not really paying attention when it came on and I’m not sure at what point I became aware of it, but I suddenly realized my fingers were frozen on the keyboard and that the world around me had ceased to exist.  I opened up the window in which the music was playing and I just watched and listened.

Not only is the music itself achingly beautiful, but the expressions on the faces of these young ladies and gentlemen as they perform this piece is striking.  You can tell they are very much into the music, and that they are feeling the emotions that I, too, was feeling. 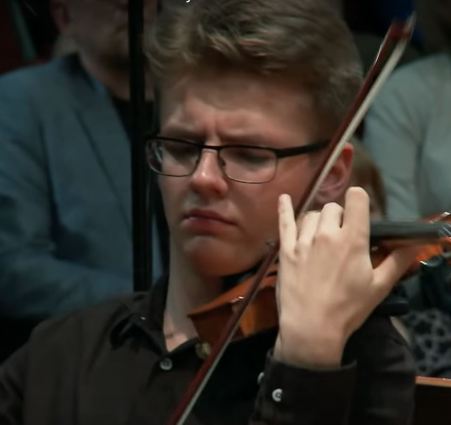 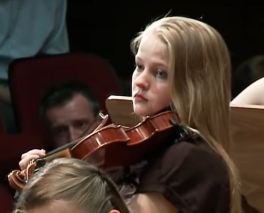 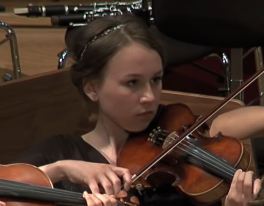 Notice, too, in the video below, that even in the quietest passages, you can hear a pin drop in the audience.

I am not going to lie … I welled up towards the end of this piece.

I love music, but it rarely affects me that powerfully.  I have listened to it 7 or 8 times since yesterday and it affects me this way each time.

So what is it about this piece?  It speaks directly to the soul.  It is slow … somber … introspective … sad … in some ways even tragic.  You can see this on the faces of the musicians and in the rapt silence of the audience.  I cannot even say what it is about this piece that moves me so profoundly, but it definitely touches something deep inside me … perhaps something hidden even from myself.  Each time I listen to it, I feel such an aching sense of loss, as if recalling someone very dear to me that I have lost.  Sometimes it feels more than that.  It is the feeling one gets when you think of a bygone summer, or a period of one’s life from long ago, or the ending of some cherished situation in one’s life.

Here is the piece.   (Additional commentary below.)

Samuel Barber was an American composer who lived from March 9, 1910 – January 23, 1981.  He was a musical prodigy and went on to become quite celebrated, even earning two Pulitzer Prizes for Music.  He wrote this piece in 1936.

It is relatively unknown, in spite of being used in the gruesome war movie “Platoon”.   I did not see that movie, so I would not have heard this piece there.   I am even actually a little sad that they put that reference in the title of the Akademia Filmu i Telewizji video.  I hate for anything to detract or distract the viewer from the amazing performance by these young people.  And while some may argue that the movie was a masterpiece of its particular genre, I hate for such a beautiful piece of music to be tainted by something that is, at its core, so very ugly, no matter how well-made it was.

I invite you all to go enjoy this piece, and to show Akademia Filmu i Telewizji some love in the comment section of the video if you are so moved.  I hope that their channel will become one of your go-to stops for music-to-write-by.