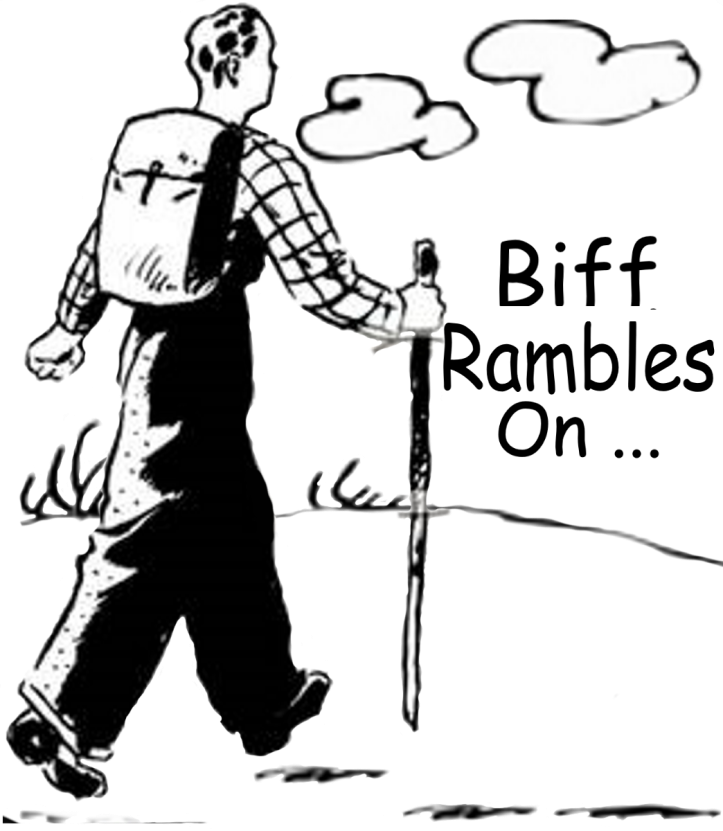 Well, we have finally made it to Friday evening.  And you know what that means!   It means it’s time to start dreading Monday morning.

I won’t start doing that until late Saturday night.  One can’t rush these things.  Everything in it’s proper season.

I usually like to string three cliches in a row, but I couldn’t think of a third, so we’ll all just have to be satisfied with just the two.  Isn’t this a glorious age we live in, where two cliches in a row is deemed a hardship and a poverty?  In my day, we often just got the one cliche … and we were grateful for even that!  Cliches were hard to come by after the great cliche crash of ’84.  I can still remember the aphorism lines.  People were hoarding bromides.  There was the run on the bank of platitudes.  But things are much better now.   Everyone has plenty of cliches.  We even take them for granted sometimes.

But that’s enough silliness.  On to different topics.

Today on the way to work, I drove past the golf course that the recent rains have turned into a lake.  I saw hundreds upon hundreds … maybe thousands … of white wading birds.  It looked like a 20 acre flamingo exhibit at the zoo, except these birds were white, and about half the size of your standard issue Flamingo.

But it got me to thinking.  How did they know that the golf course was now a wetland?  I can understand if there were a handful of birds there.  They might have just been flying by and saw the new lake and swooped down to investigate.  But the weather has been too inclement to fly safely.   But even if the birds could fly, I still would expect that would explain only a hundred or two of the birds.

I finally reached the inescapable conclusion that these birds are networked.  Perhaps they all have Twitter accounts.  (Anyone who makes the obvious joke will be asked to leave.)  They were all like #NewLake.  #SubmergedGolfCourse.  #Wade18Holes.  What else could explain their sudden presence?

And, as soon as they arrived, I’m sure the more snooty, more trend-conscious birds were already looking down their beaks at the newly arrived tourist birds and saying to each other, “We simply must find a new place to holiday, Madge.  This place is becoming so Bourgeoisie.”  So soon they will all be gone again as the new lake’s popularity begins to wane and its Yelp reviews begin to nosedive.

Today at work, someone actually brought doughnuts.  If you want to simulate what doughnuts do to your typical office environment, try sprinkling some fish food flakes into an aquarium and observing the results.  The resulting fish feeding frenzy is an exact analog of the effect of doughnuts on office-dwelling humanoids.  Our floor’s admin, who was apparently worried that there would be left-over doughnuts, was going office-to-office and cajoling people to, “Please, for the love of all that is good and decent in the world, come get a doughnut!”

I had no choice.  She shamed me into it.  I had to be polite and go get a doughnut.

Regular readers of this here humble little blog of mine may remember (here and here) that I have, since Christmas, been snacking on carrots and apples and water and eschewing my beloved Peanut M&Ms, regular Coke, and other assorted sugar bombs.  I have not mentioned it often, but I have been eating carrots and/or apples every day and have not back-slid even once.  (I have also been enjoying meat-less Fridays so far for Lent, but that is a post for another day.)

Anyway, I merely mention that to put into context this next sentence.

When I picked up a doughnut and bit into that sugar-encrusted, deep-fat-fried carbohydrate bomb, I nearly gagged.  I could only manage a forced smile (a grimace, really) while I chewed and thanked the admin for the doughnut.  I surreptitiously threw most of it away uneaten before I got back to my office.

This was a surprise to me.  I have enjoyed the occasional doughnut throughout my entire life and have quite enjoyed them.  One was usually my limit, but I enjoyed sharing them in office or social environments.  But to suddenly find them nauseating was something I had not expected.

Lest you think I am humble-bragging or patting myself on the back, I assure you that I could be led astray quite easily with the promise of Peanut M&Ms.  After all, I’m no angel.  Not even of my better self.  Every man his his price.

My price is a one pound bag of Peanut M&Ms.