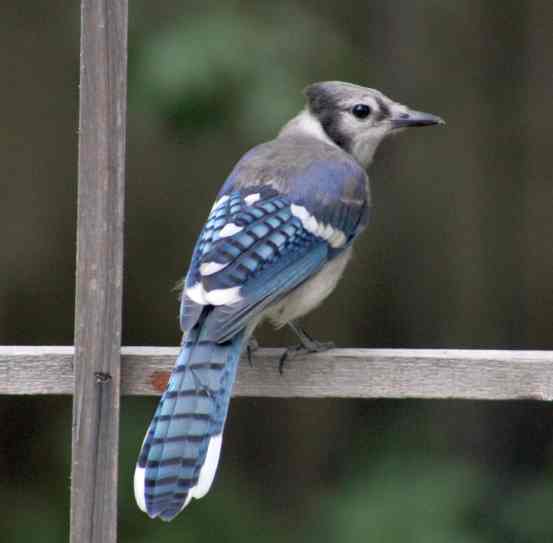 It is a beautiful Saturday morning here in the sprawling megalopolis of Dallas.  The sun is shining brightly.   The breeze-less air seems nonetheless alive, like a mobile over a baby’s crib, seeming to move, even if it is not.

What greenery I can see through the windows of my house is made softly brilliant by the sun and has taken on the appearance of a watercolor painting. It is an alternately detailed and yet haphazard painting, with broad strokes of carelessness, with patches of incongruous minutia.

I can hear birds twittering and squawking and fussing outside.  A squirrel is barking at a crow, warning it to move along.  The crow, for his part, is oblivious (as crows often are).  Blue jays screech like pterodactyls, also a little perturbed at the crow … or the squirrel … or something.  Blue jays seem to always be angry about something.

Meanwhile a cardinal peeps nearby, patiently and impotently waiting for the show to be over so he can flit in a flash of vermilion amidst the speckled yellow of obstinate dandelions, over to the suet snack bar for an unquiet nibble.

Mourning doves coo serenely as if discussing the passing of someone, not recently, but a ways back in their memory, as if just reminded of someone they used to know quite well, and are overcome with pangs of missing them now.  They make sadly hopeful little sounds, not quite mournful, but neither particularly joyful.  Nervously optimistic, not wanting to jinx anything by sounding too happy.

The sounds of mankind are mercifully absent.  Neither plane nor leaf blower, nor car nor mower, taint this under-glass little terrarium, this bubble of involuntary cowering.

Everything is as it always was, only spoilt by the words of man, the silent blare of Gabriel’s horn that no one can hear, but all can feel.