Please Stop Telling Me Where They Are Now! 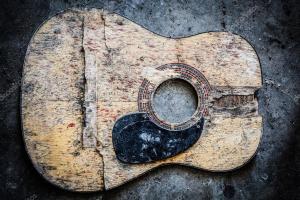 Whenever you see an article or video entitled “Where Are They Now?”, run, don’t walk, to the nearest exit.

There is nothing inherently wrong with these bits of journalistic fluff.  And all of us have wondered from time to time whatever happened to that musician we used to like in high school or that group that provided the soundtrack to seemingly important parts of our lives.

But, trust me, with very few exceptions, you don’t want to know whatever became of them.

Just remember them as they were.  It is better that way.

I came to this realization last night while searching for various musical artists I used to enjoy back in the 1980s.  For the most part I just watched their music videos or maybe live concert footage of their hit songs.  This was all fine and good.

But then I stumbled across a few “Where Are They Now?” links.

There is nothing, with the possible exception of the Sarah McLachlin SPCA commercials, that is more depressing than finding out what became of your favorite artists.

For one thing, they all went from becoming fresh-faced, big-haired, sneering youths to grizzled, curmudgeonly octogenarians with bushy eyebrows and monk-halo hairdos.

There is nothing wrong with that.  It happens to all of us.  But it is hard to watch them belting out their youth-oriented anthems in which they have become the old geezers that their songs rail so strongly against.

For another thing, very few of them can sing any more.  Not like they used to, anyway.  Their voices are raspy and gravelly and it sounds as if they have been smoking 5 packs of cigarettes a day for the past 30 years while downing a bottle of scotch just for the hell of it.  Again, they can’t help it.  It is just part of the natural aging process.  But when I am watching them go for that high note that used to give me goosebumps back in the day, and instead they drop down about 4 octaves to a low growl that sounds like they had a bad burrito just before taking the stage … well … it is disappointing.

And thirdly, it makes me cry to see the venues they are playing now.  On YouTube, right next to a video of them playing to a sold out crowd of 75,000 adoring fans in a giant stadium somewhere, is the video of them playing in what looks to be someone’s living room with about 20 friends of the person who provided the living room and the six pack of beer.  And, when interviewed afterwards, the aged rock stars invariably claim that, “We like being so close to our fans” or “we like playing these more intimate venues”.

If the venues were any more intimate, someone would eventually whisper, “I don’t usually do this on a first concert …”

Anyway, my point is to not criticize people for getting old.  One simply can’t help it.  It is inevitable.

My point is that entertainment companies should stop making “Where Are They Now?” videos.

There aren’t many of them left.