Biff Rambles On About … Sprucing, Fracking, and Foxing 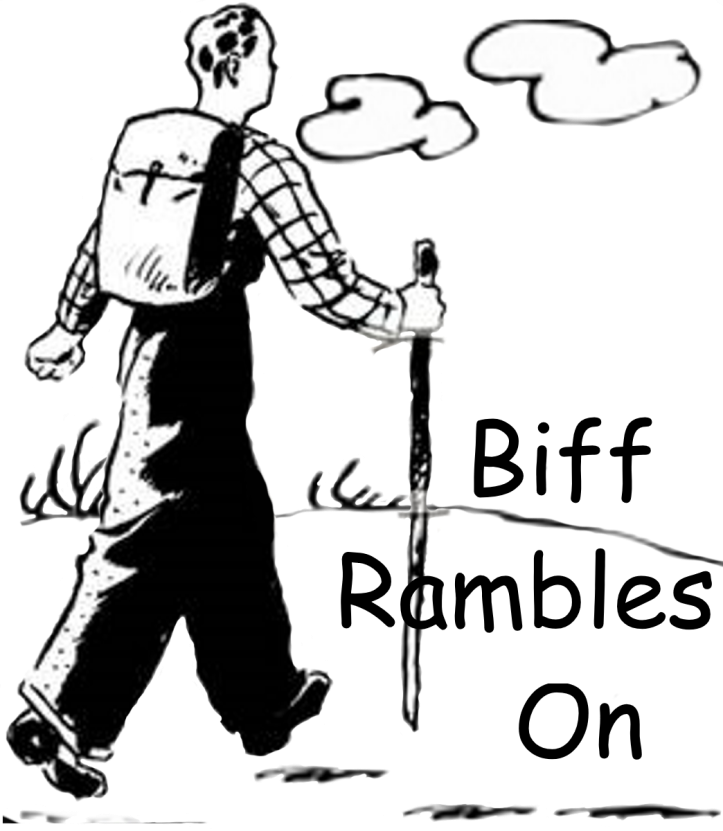 It was a quiet day around the Biff abode.  Saturday is the traditional day of cleaning.  Rugs are vacuumed.  Bibelots are dusted.  Cat boxes are spruced up a bit.  Clothes are laundered.  Larders are restocked.  In short, there is a lot of sound and fury, but nothing of any real significance takes place.  It is the sort of day that, at the end of, you can say, “I was quite busy today!” with an air of accomplishment and self-satisfaction. But then the more you think about it, you realize that there is virtually no material there for a decent blog post.  This paragraph is about all of the crude I was able to extract from the strata of my day by fracking it.

Speaking of fracking (and weren’t we all?), I’ve discovered that casually tossing out the word “fracking” in polite company will all but stop down the conversation as everyone squints at you to make sure they heard you say what they thought you said.  I assure them that they heard me correctly, and the conversation resumes.  I really rarely have anything to say about fracking, but it is a word that is hard to resist saying, especially when it is apropos of nothing, which it often is.

I spent a good portion of the day trying to write a short story.  I had visions of writing a little gem of a story, polishing it lovingly, setting it the well-lit glass case of my blog, and smiling as it sparkled brilliantly at all who walked past it and looked at it.  Visions rarely translate well into reality and after 3 false starts and a lot of virtual ripping of pages out of the typewriter to be crumpled up in frustration and tossed in the trash, I just gave up on the notion that I would have a story ready to publish on here today.  These things can’t be forced.  Every story will emerge from its shell when it is ready, and not a moment before.

As an example, I began a story in 1987 that was a little slow in developing, so I set it aside to wait for inspiration to come and allow me to finish it.  I am still waiting.  In fact, I’m not even sure where I laid that story down.  It is probably in a brown manila envelope in an old copy-paper box up in the attic.  I hope I didn’t write it on highly acidic paper, or there may be nothing left of it but dust and silverfish at this point.  And even that would be an improvement over my initial draft!  But one cannot submit to a publisher an envelop full of paper dust and the fossils of 200 generations of silverfish.  I speak from experience.

So the moral of all of this, Deare Reader (the superfluous and silent ‘e’ totally sells that heartfelt term of endearment), is that you can’t rush inspiration.  Also, while waiting for inspiration, don’t let your stories molder in the attic on highly acidic paper.  Try to make sure there is a high rag content to prevent foxing (or outright disintegration).

And it doesn’t hurt to write things that silverfish find off-putting.