Rambles Through the Brambles 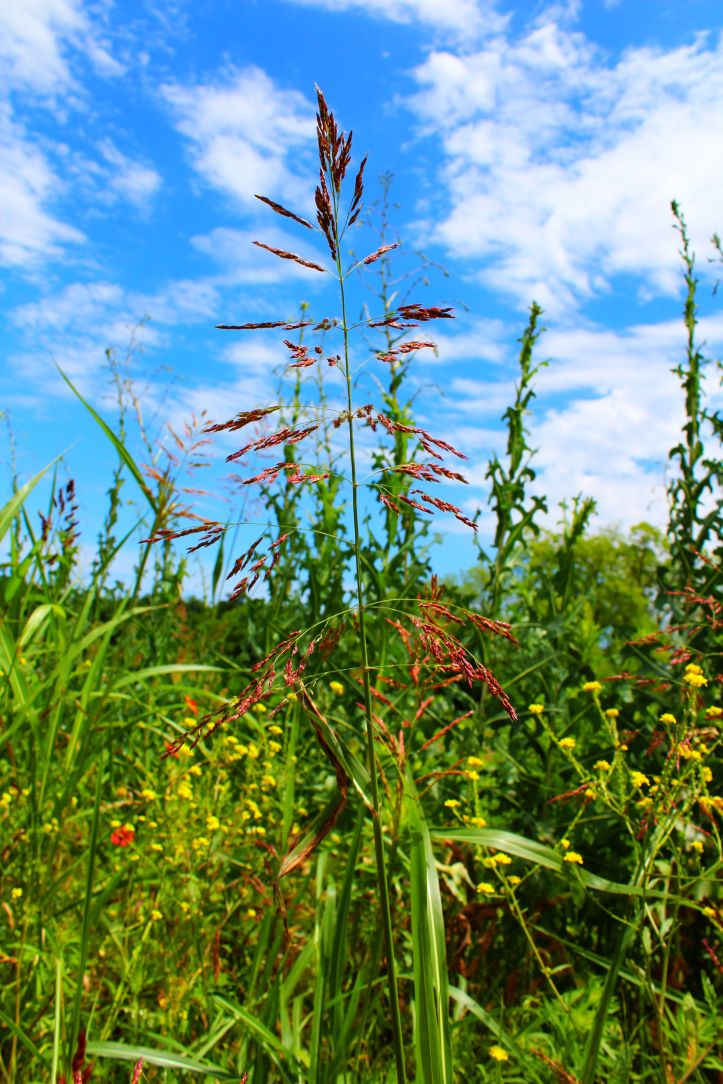 Here is a picture I took with my trusty Canon Rebel T6 while out taking a ramble through a tiny wildlife sanctuary in one of the surrounding suburbs.  It just goes to show that there is beauty even in a dauntless stalk of prairie grass that has somehow risen above the chaotic melee of Texas brambles and has raised its arms to the heavens as if to say, “Here I am!  Do your worst!”.

I juiced up the saturation a bit to bring out the colors, but not much.  I love the cinnamon colored seed pods against the blue of the Texas sky.

I’m not sure about that lone red flower.  It looks like a Drummond Phlox, but that seems highly unlikely.  More likely it is a Firewheel or a Trumpet Creeper.  Whatever it is, it seems a little out of place.